Are you worried about surprise medical bills? If so, you’re not alone.

It’s no secret that health care can be expensive in the United States. According to NPR, a high school teacher in Texas recently received a hospital bill for $108,951 after he suffered an unexpected heart attack – a bill that’s large enough to trigger a heart attack in most anyone.

That incident and others like it may leave you wondering how much you could end up paying out of pocket. To answer that question, let’s take a look at catastrophic caps under TRICARE. 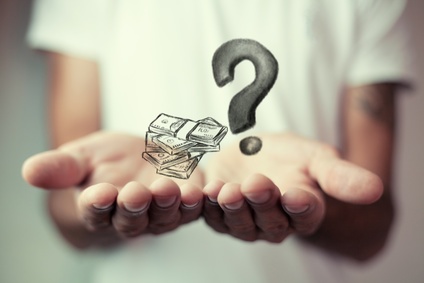 What Are the TRICARE Catastrophic Caps?

TRICARE plans include catastrophic caps, which limit the amount you pay out-of-pocket for covered services.

According to the Defense Health Agency, the caps vary depending on the type of plan you have.

Once you reach your cap in a catastrophic year, you won’t have to pay any more for covered services.

Does This Mean You’ll Never Pay More than the Cap?

Unfortunately, you might end up paying more than your catastrophic cap in several situations.

The cap does not include any annual premium, and the enrollment fee you have to pay does not count against the annual cap. Charges for the point-of-service option in TRICARE Prime do not count, either.

Finally, the catastrophic cap does not include any services that are not covered by TRICARE, specifically those considered medically or psychologically unnecessary. Certain services, such as cosmetic drugs, acupuncture, LASIK surgery, long-term care, homeopathic drugs and paternity tests, are always excluded. You can see a list of common exclusions at the official TRICARE website.

Also, remember that the cap applies to one calendar year. Once a new calendar year starts, the amount you’ve paid out of pocket resets to $0.

Can You Limit Your Out-of-Pocket Costs?

Enrollees can likely limit their out-of-pocket costs by enrolling in TRICARE Supplement. TRICARE Supplement is designed to be combined with other TRICARE plans. It is available to people who are enrolled in TRICARE who are not on active duty, and not eligible for Medicare.

TRICARE Supplement helps cover the out-of-pocket costs left behind by TRICARE Plans. This makes costs more predictable and easier to budget. For example, when TRICARE Supplement insurance is combined with TRICARE Select, it covers all copays for covered services, so enrollees just pay the enrollment fee, premiums, and any applicable deductibles.