How to Recruit and Hire Military Retirees

What if you could find a pool of highly skilled workers with an impressive work ethic? It’s not a dream. It’s what you get when you hire military retirees. By making your company attractive to military retirees, you can gain a tremendous source of talent.

We normally think of retirees as being 65 or older and not working anymore. However, the situation is much different for military retirees.

After 20 years of service, uniformed members are eligible to retire from the military. This means that military retirees are relatively young; many are only in their 40s when they leave the military. Although military retirees receive a pension, supporting a family on this income alone may be difficult. At the same time, military retirees may want a new occupation to fill their days. Many are ready to embrace work as a civilian. 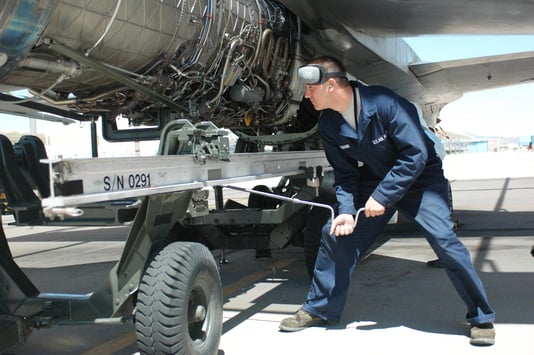 Military retirees are very highly trained and skilled, but their credentials don’t always align perfectly with the terms that civilian employers are used to seeing. This can be a huge barrier to hiring, especially if resumes are scanned – sometimes by computer programs – to search for specific terms.

When the resume of a military retiree doesn’t pass the initial screening process, the retiree loses out on a great opportunity, and the company loses out on a great candidate. Fortunately, this is a problem that can be fixed if employers and hiring managers educate themselves on military terms. It’s also a good idea to meet with these applicants in person whenever possible to discuss how skills translate.

CareerOneStop provides a Civilian-to-Military Occupation Translator. To use this tool, simply enter or search for the civilian occupation you’re hiring for. You will then receive a list of military titles and codes with skills that translate to your position.

In some cases, there may be a slight mismatch between a military retiree’s experience and the experience that your company is looking for. However, these workers have proven that they are dedicated and hardworking. A little training can help bridge the gap.

Before you can hire military retirees, you need to find them.

According to CareerOneStop, employers who want to hire veterans should complete two steps:

Additionally, you can post your position on job boards that military retirees use. Military.com, for example, maintains a job board with military-friendly jobs. HotJobs.vet also has a job board geared toward military veterans. Employers can also participate in job fairs for veterans.

Health care coverage is a major concern for all employees, and military retirees are no different.

TRICARE is the health care program of the U.S. military. It serves active-duty military members, retired uniformed services members, their spouses, and dependents.  There are multiple plan options, but military retirees are left with some out-of-pocket costs. TRICARE Supplement is an optional insurance plan that military retirees can use in combination with a core TRICARE plan to help cover these costs.

Employers can offer TRICARE Supplement as one of their voluntary benefit options. Doing so costs employers nothing, and it helps military retirees in many ways:

Photo Credits: DoD. The appearance of U.S. Department of Defense (DoD) visual information does not imply or constitute DoD endorsement.